The show notes to go with Show 121 of our technology radio show.

Here’s a look at the news stories covered in Show 121:

We take a look at the changes to Facebook – the addition of Love, Haha, Wow, Sad and Angry to the existing Like

We discuss an initiative to get more girls in tech – The winner was a games controller which harnesses kinetic energy from thumb action using wind-up triggers. Runner-up projects included smart curtains, a smart fridge and a sleep monitor – spo what was different about this competition?

Kelly visited an electronics fair in February – did she survive, and what did you find? 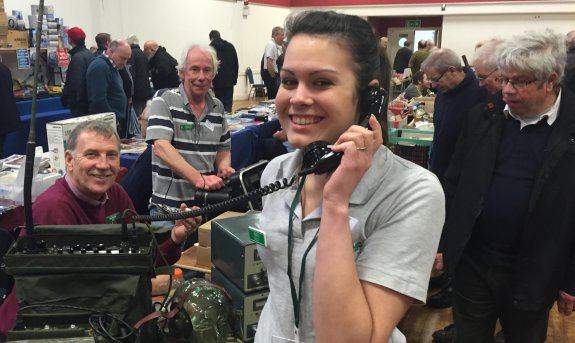 Scientists in America have invented flat lenses that can be used for paper-thin glasses and cameras. In a slightly related story, we looked at a set of adjustable reading glassed from Eyejusters, and spoke to Owen to find out why they’re so different.

We chatted about Snapchat, the social media photo app that seems to be growing in popularity – and added a photo onto social media to see what happens!

Recording on as Mac Book Pro:

First this month, a question from TerryB in Northumberland, which our Kelly has a struggle with!:

“I listen to your podcast and wonder if either you or any of your listeners can help me to resolve a thorny issue.

For about 6 or 8 years now I’ve been using a Topfield 5810 PVR to record up to 2 channels for later viewing. Some of these I subsequently move onto my MacBook Pro to access via iTunes, facilitated by the USB port on the 5810, MPEG Streamclip and Handbrake software.

I haven’t seen anything out there to replace my increasingly dicky 5810 (power supply replaced once already).

Question – do you or your listeners know of anything that I can use on the MBP to circumvent the MBP – i.e. go from software/firmware to direct record the programs to my HDDs? “

Any thoughts? Please get in touch…

Next – one from Mel Kenyon

“In the February podcast you said that you can’t use powerline adapters to extend WiFi, but of course you can [and I do] if you use things like the Devolo dLAN 500 WiFi. I have two both with the same SSID and password as the main router, and its the only way I can “roam” on WiFi throughout a house with very thick walls [barn conversion]. .”

Thanks Mel – much appreciated!

Nicholas Skippins got in touch as follows:

“Hi Kelly and Pete. I recently contacted you about when the Motorola G 3rd Generation would receive the new Android 6.0 Marshmallow system Update.

On the 13th of February, my Motorola G 3rd Generation was promoted that Android 6.0 Marshmallow system update was available to download and install.

I have done the update but I have not yet had much time to try out the many new features that Android 6.0 Marshmallow bring to the Android party but I have noticed that the camera interface is slightly different and that the lock screens time and date are in a bigger and bolder font.

So far with the limited time that I have had using Android 6.0 Marshmallow I am impressed and looks like an overall improvement on the previous Android 5.1.1 Lollipop.

I would still like to know what impact the proposed Three O2 merger in the UK will have on Tesco Mobile and its customers if the merger is approved? .”

Thanks for the mail – No news ey on just what’s in store post-merger, but we’ll let you know!